Okay so we’re all about mapping as many different types of Scotland’s ‘national local’ building blocks as possible, but it’s also always been our intention to keep the maps we’ve already published (see below) up to date – as external circumstances dictate (and our time allows)…

However as you may have noticed, as far as external circumstances are concerned, we’re all living in Rather Strange Times…

There was a slew of Local Council elections planned from March to 14th May, but only the earliest one took place as planned. The rest were postponed due to the Coronoavirus Crisis. The re-scheduled dates, where any were set, were for October & November ie. soon.

But they’re not going to happen.

The UK Government has now formally posponed all local elections in England & Wales until the 6th of May 2021 at least, which is normally ‘Local Council Election Day’ across the UK, although only in a quarter of councils in any year, and every 5 years in Scotland, with the next one not being scheduled to take place until May 2022. However it is the scheduled date for the next Scottish Parliamentary Election.

So it’ll be a couple of months yet before anything is confirmed as to what exactly is happening where, and when in the world of Scottish electoral politics….

And actually in between our weekly pot rattling, we’ve had time to think and reflect (haven’t we all?). Maybe knowledge mapping Local Councils, Electoral Wards & Local Councillors, and UK Parliamentary Constituencies and elected MPs, isn’t a top top priority right now? Maybe what is important is healthcare, and the ‘national local’ infrastucture that delivers it (and boy oh boy do we all not know our own ‘local’ so well by now?).

Most of this is the direct responsibility of the Scottish Government (though obviously not as ‘black and white’ as that). We do have some Scottish National Governance & Politics maps in the ‘Research & Development Lab’. However we have been concentrating on fine tuning the mapping process with those we have done already so that, when we do gear up production of the others, it will be as quick & efficient – and pack the most useful amount of knowledge in – as possible.

(And actually having an extremely unscheduled and sudden UK General Election in December last year – the 3rd in 4 years 🙁 – had already derailed our production schedule before Coronavirus hit a few weeks later).

(And actually, thinking about it, the voting system for the Scottish Parliament – and therefore the Scottish Government – is a completely different system to Westminster with a mixture of ‘first past the post (FPTP) and proportional representation. And so actually maybe what we’ve perefected won’t help us too much after all, it certainly can’t just be carbon copied from the UK Parliament maps that’s for sure…).

Anyway all this means we will have to ‘pivot’ (to use the business parlance of the day). In other words change the focus of what we’re doing.

I would have added ‘day to day’ to the end of that last sentence, however Scotland The Map is not a full time concern. It’s me – founder & CEO of the mapping consultancy Knowledge Mappers – wearing both my R&D and Scottish hats, pushing MindManager to the limit and giving something back to the nation, especially the primary knowledge resource producers (ie. the ones we link to in our maps).

It’s taken us a wee while to develop the optimum techniques for capturing the different types of national building blocks in a knowledge map (and we’re continually iterating). Here’s what we’ve captured so far… 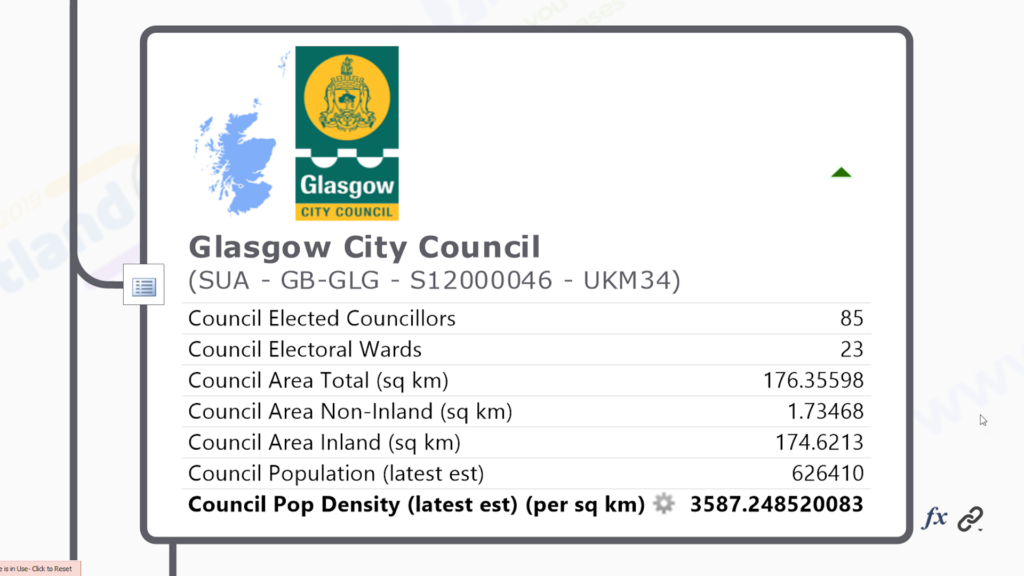 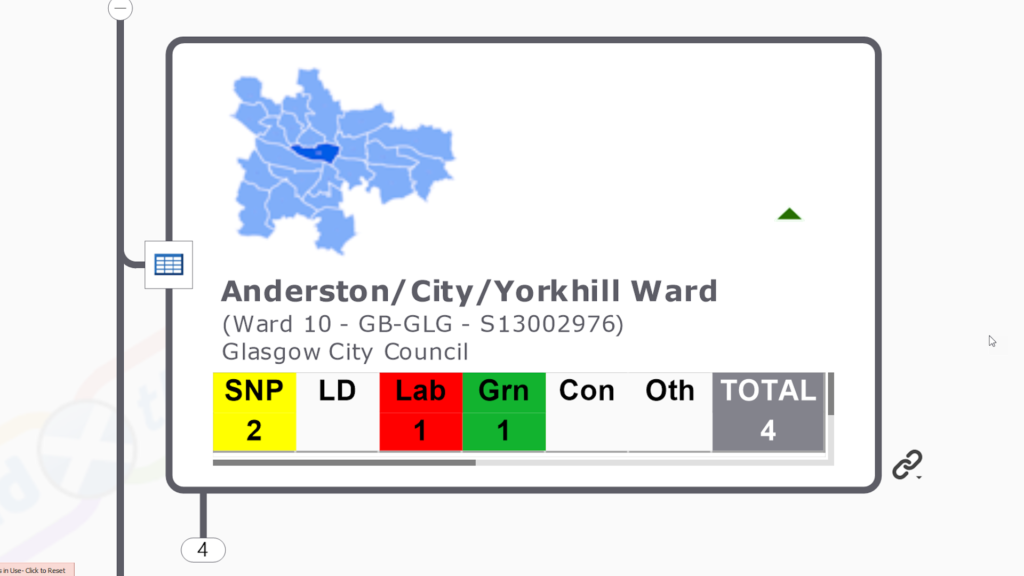 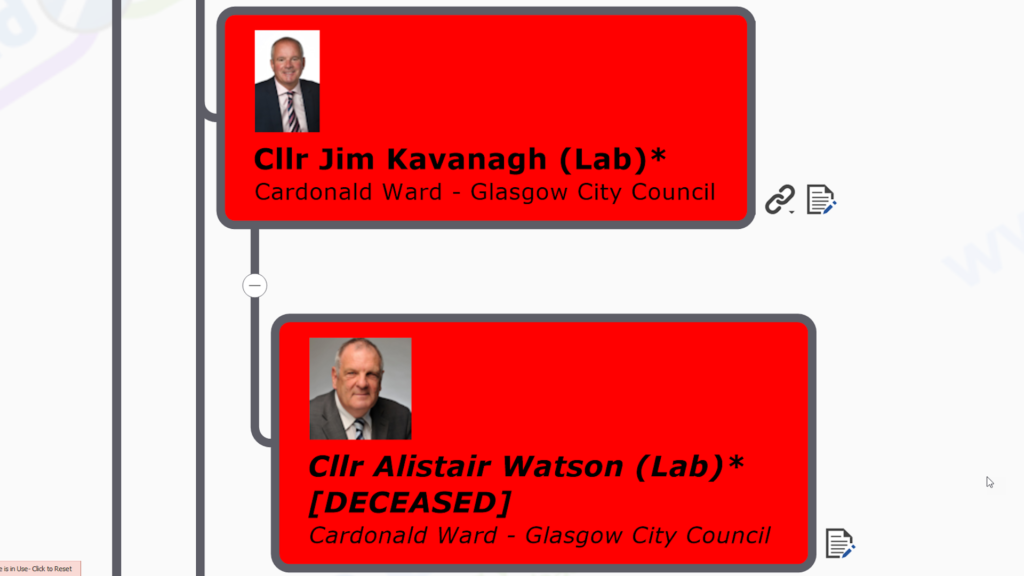 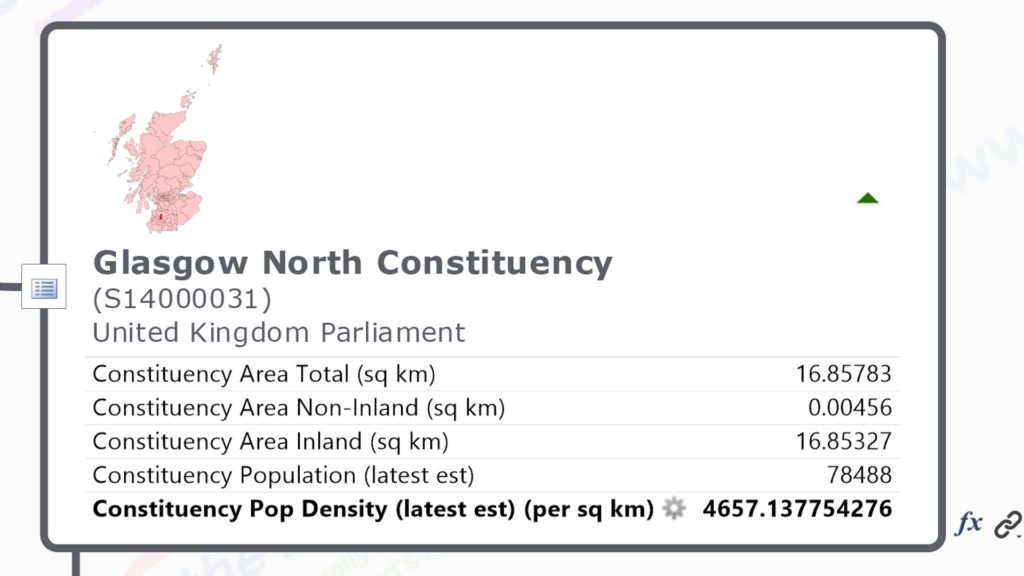 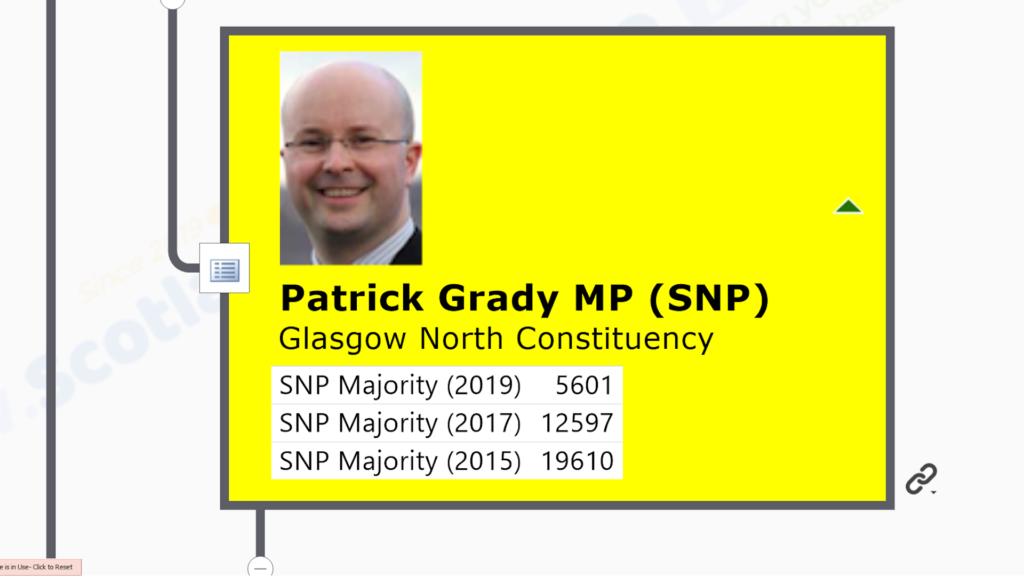 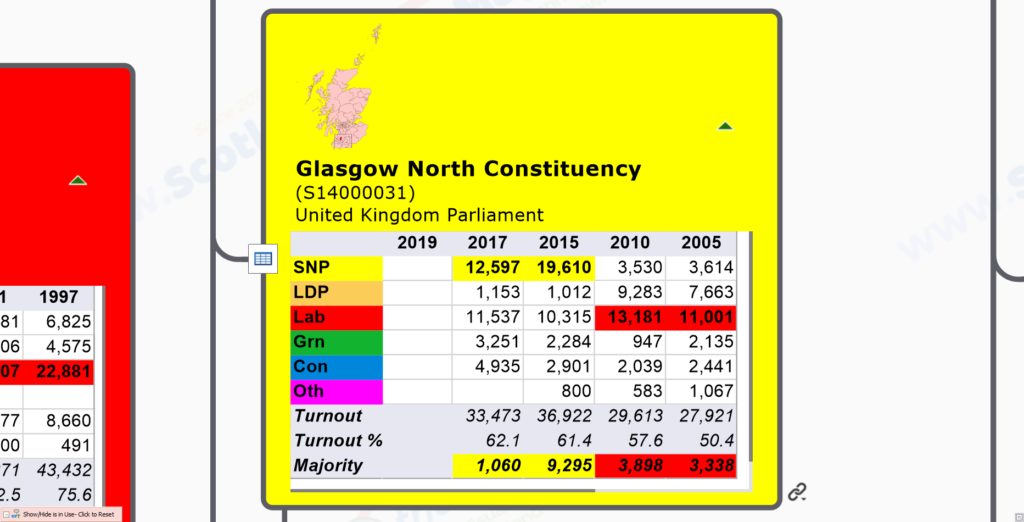 When I look at these maps I am reminded of the many ‘people hours’ that went in to creating each one. Establishing the ‘base map template’ (ie. core visual knowledge framework), building out on top of each one to create a completely different map, and then the time updating them – incorporating newly discovered knowledge resources as well as checking the ones there already. All these hours of work are hopefully visible to the viewer, in the breadth and depth of the contextual knowledge embedded and attached to the many seed branches that make up the visual framework, and the many official / definitive / plain old useful knowledge resources linked to.

However our circumstances are such that we now have caring responsibilities for vulnerable people, and so are shielding ourselves, so we’re even less sure of how many hours we can spend now.

Also now is not a good time to be trying to keep a consultancy business going (and without it, the Scotland The Map project would not be possible).

Anyway time to get on with the pivoting. We’ll see what we can do with what we’ve got already.

To know that we know what we know, and to know that we do not know what we do not know, that is true knowledge.
Nicolaus Copernicus
16th Century Mathematician & Astronomer
Tae ken that we ken whit we ken, and tae ken that we dinnae ken whit we dinnae ken, that's whit it's aw aboot, ye ken?
Rab C. Nesbitt
Contemporary Scottish Philosopher
And whilst we're aboot it, tae ken where the hell ye get haud of whit ye need to ken, when ye need to ken it, if ye dinnae ken it awready?
Rab C. Nesbitt
Contemporary Scottish Philosopher
These knowledge maps show the 'national local' building blocks of Scotland as they exist today, but they can also be used to strategically think about what could be in the future, and operationally plan the delivery of what will be tomorrow.
Angus McDonald
Scotland The Map Project Director and Knowledge Mappers Founder & CEO
Do not only go where the path may lead, go instead where there is no path and leave a trail.
Ralph Waldo Emerson
Philosopher and Transcendentalist
The task is, not so much to see what no one has yet seen; but to think what nobody has yet thought, about that which everybody sees.
Erwin Schrodinger
Nobel Prize-Winning Physicist & Cat Owner (Part-time)
A map is the greatest of all epic poems. It's lines and colours show the realisation of great dreams.
Gilbert Hovey Grosvenor
'Father of Photo-Journalism' & 1st Full-Time Editor Of National Geographic Magazine
PrevPreviousScottish Local Councils, Electoral Wards & Local Councillors – Political Knowledge Atlas (18 May 2020)
NextScottish Local Councils, Electoral Wards & Local Councillors – Political Knowledge Atlas (30 Nov 2020)Next

We are continually striving to improve our Scottish knowlegde maps and value your feedback, suggestions & comments.

Use the tools in this panel, which is included on every page (as is the sticky menu at the top of every page) – to find the maps you are looking for. You can do a free text search, or filter by category, tag or publication date. Alternatively you can just browse the ‘All Map Listing’, or the ‘knowledge map of knowledge maps’ at the foot of this (and every) page for one that catches your eye.

Go to our project map archive

Got An Idea For A Map?

Get in touch. We are keen to collaborate with like-minded others for the common good :-)

Please share this page with your networks so that as many people, organisations and communities as possible can benefit from the Scotland the Map project knowledge maps.

Please leave your details and we’ll add you to the ScotlandTheMap news list.

We do not, and will not ever, share your details with anybody else, nor will we spam your inbox.

Anybody can view the html version of our knowledge maps online from within the individual map posts, however to download the HTML5 file – for viewing on or offline in any modern browser, on any device, without additional plugins – you will need to register for basic membership (it’s free :-) To download the original map in MindManager (.mmap) format – for amending, adapting & repurposing in MindManager software – you will need PRO membership, available for a modest annual, or one off lifetime, fee.

Join Us
Join Us

Have you found our knowledge maps about the ‘national-local building blocks of Scotland’ useful? Then why not donate to say thanks and help fund future work of the ScotlandTheMap project.

View this HTML knowledge map as a stand-alone webpage in a new browser tab - it may take a few seconds to load, please be patient :-)

View this HTML knowledge map as a stand-alone webpage in a new browser tab - it may take a few seconds to load, please be patient :-)

For viewing on or offline, in any modern browser, on any device, without additional plugins.

Groundbreaking Geographic & Knowledge Mapping Products & Services that visually connect individuals, teams, organisations & communities with what they need to know… so that they can do what they need to do… quicker, easier and with a lot less stress :-)